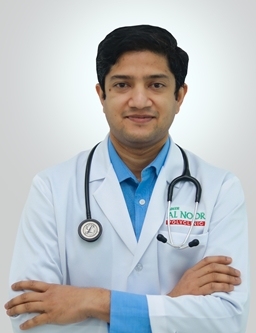 Dr Fahad Abdul Kadar M passed out his MBBS from IUHS, St.Kitts in 2007 and completed his internship at District Hospital, Kannur in 2009. He then started his career as a Casualty medical officer in St.Martin Deporres Hospital, Kannur (2009 to 2011). Later he was hired as a Junior Medical Officer for Koyili hospital, Kannur 2011-2014. Meanwhile, he did his MBA in hospital and healthcare management and passed out with distinction. He then joined as a unit in charge in Aster Clinic, Muteena 2014-2017. From 2018 to 2021 he worked for ECHS polyclinic as a Medical officer under the Indian Army Military hospital. He also did Post Graduate Diploma in Family Medicine, Christian Medical College Vellore.

Book And Appointment
About Us

Stay Up To Date